Dogfight Over The Mountains ! A digital paint based upon a Photoshop composition with 1/48th models,
mixed background; to whom was applied a fresco filter at the end. 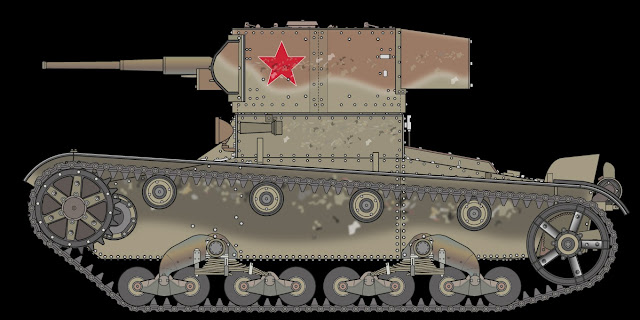 The Fledermaus IV from DUST. Study for a new camo...

At the end of the French Campaign, the military materials and more especially the armored materials, were seized by the German army within sight of the conditions of armistice and should be used by the German units. Thus, the Wehrmacht recovered the French tanks. The Flammenwerferpanzer Renault B2(f) was based on a Tank B1 Bis that kept its turret with its armament of 47mm, but the co-axial cannon of 75 mm was withdrawn and replaced by a system of spear flame. A flammable liquid reservoir was installed at the rear of the chariot. The flame  throws had a capacity of 200 throws of 3 seconds. 60 tanks were thus modified.


This model has been put on a 1/48th diorama and photographed directly.

And to spread our range (tanks and fighters) and vary the fights bound to DUST !
All models shown here are in 1/48th scale.

Researches on intendeds development of equipments for the allies. This Landing craft has a transport capacity of 15 marines (fully equiped). We can see some patterns used by the Navy and various American detachments.

The AufklärungsPanzerwagen, a medium German Tank.
Researchs for new type of camo... should be a very interesting reinforcement for DUST !!

Again, a new research and camo based on the Medium Tank Type 89 B Chi Ro...

New researchs: the Krupp Landkreuzer P1000 "Ratte"... was a design/concept for a Super Heavy Tank for use by German Army during WWI. Designed in 1942 by Krupp.

P48X fighters over China. Complete Photoshop CS5 creation with a model of P48X from DUST.

ADOG ASSOCIATION
The ADOG association has for purpose to promote distribution, publishing and promotion of any graphic works, but also literary, artists or writers, little or not published.
Contact:
menards@hotmail.fr
Follow us on:
http://www.adog-publishing.fr/